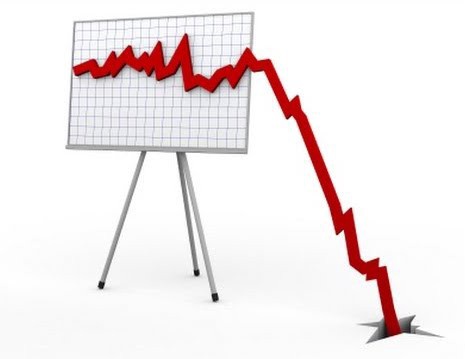 Well, inflation involves a currency losing value. So, in one sense, inflation is bad for any security denominated in that currency because the buying power of that amount of money decreases.

In regards to why some stocks react very negatively to inflation news, this has more to do with expected interest rates. The institution tasked with the responsibility of keeping inflation (and unemployment) low is the Federal Reserve, and it does so largely by purchasing and selling Treasuries to influence interest rates down or up. If it’s worried more about unemployment, it works to reduce rates, and if it’s worried more about inflation, it acts to increase rates.

One common method of valuing a security is looking at its expected future revenue streams generated by that security, including that of its sale but also expected dividends and other interest payments. Expected future dollars are generally worth less than present dollars for a variety of factors, including the ability to spend/invest present dollars and the uncertainty involved with actually getting the future dollars. As such, many investors will discount future dollars by a factor that is… you guessed it… dependent upon interest rates.

So, when investors expect interest rates to increase more than they had originally expected, this means that the expected future dividends will be worth less than they had thought. Thus, they will adjust how much they value the stock downward. The further out in the future these dividends are, the bigger the impact, and this is why growth stocks tend to be impacted more by expectations of higher interest rates than value stocks. The converse is also true, and news that causes interest rate expectations to go down will tend to cause growth stocks to be revalued higher than value stocks.

1 thought on “Why is inflation bad for stocks?”