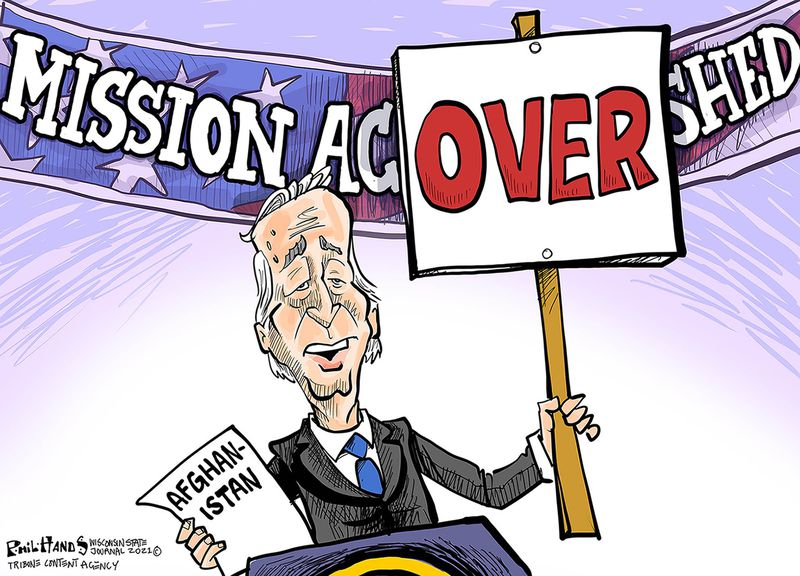 From a humanitarian standpoint, American failure in Afghanistan will have serious ramifications. As the Economist aptly puts it, “Afghans were left in such a horrifying bind that clinging to the wheels of a hurtling aircraft seemed their best option.” The human rights of many Afghans, particularly women, will be disregarded as the Taliban regime is likely to look very much like the brutal theocracy of the late 90s. The fighting is unlikely to cease, as militant ideologies of and groups have splintered and spread in the Middle East and Central Asia since the US occupation began. The Taliban and their opposition will continue to mar the daily lives of Afghans with violence. The refugee flows across the Eurasian continent will see a steep uptick. In turn, refugee flows are likely to continue to contribute to cultural and racial tensions that fan the flames of nationalism and populism in destination countries, particularly in Europe.

Within the United States, controversy around the occupation and the withdrawal will continue to circulate regarding what Biden or Trump should or should not have done, how they should have negotiated or not, and in what way they should have ended it. Similar debates plagued the Afghanistan policy of the two prior administrations as well – Obama’s counterproductive surge and civilian targeting and Bush’s lost opportunity for success in Afghanistan during the first few years of occupation while he split resources with the invasion of Iraq. Every decision and mistake will be scrutinized and argued over in an attempt to understand how a twenty-year occupation could end with the same group the American sought to destroy regaining complete control in a matter of weeks. The Afghanistan occupation left its mark on two decades and four presidencies.

Despite ongoing debates about how the Biden administration chose to conduct the withdrawal from Afghanistan, it was the inevitable conclusion. In the cold-hearted reality of geopolitics, Afghanistan holds no strategic importance globally. It is lacking in valuable natural resources, and it is not located in a position that is important to furthering the US global agenda. As Carter Malkasian argues in Foreign Affairs, the goal of the invasion was to take out the militant groups directly or indirectly responsible for the September 11th attacks and reestablish Afghan governance. If there was any chance of successfully completing these objectives, it came in the first five years of occupation – with Al Qaeda fleeing into hiding, the Taliban in disarray, and the Afghan population appreciative and patient with the presence of foreign troops. The US let the opportunity slip away. Since those objectives have been functionally out of reach, the US was left trying to grasp some semblance of victory and exit as gracefully as possible.

It could be argued that this failure paves the way for further attacks on the United States, and this is certainly possible. Al Qaeda’s attacks on September 11th were in response to what the group saw as US interference in and occupation of (via military bases) Muslim lands – namely the Persian Gulf. While the US’s role in the Gulf remains unchanged due to the strategic importance of Persian Gulf oil, the state of the region looks drastically different than it did in 2001. Two US invasions opened power vacuums that led to the rise and spread of militant group formation and fighting. Local power struggles and instability will occupy the resources and attention of terrorist organizations, making further attacks on the United States difficult to achieve. These factors allow the US to withdraw its direct involvement, while still guaranteeing access to oil for core US allies and protecting the currency power of the dollar invested in Saudi oil.

As previously mentioned, the country lacks strategic importance on a global level – economically, politically, or militarily. The mountainous central Asian country stands as a barrier between two key regions but is not the ideal location to wield regional pull in either East Asia or the Middle East:

After four decades of fighting, the already rural-based economy is in ruins, and an impoverished population is hardly a valuable market. Despite the nearby oil wealth, Afghanistan also does not benefit from the income of a valuable natural resource. Losing Afghanistan is a tragedy for its people, but for US global power, the occupation had become little more than a distraction and a drain.

Since withdrawal, many have called into question US reputation and credibility after it “abandoned” Afghanistan, arguing that the withdrawal sends a signal that the US would not fight for its allies. In the weeks since US departure, China has even gone as far as to taunt Taiwan, arguing that if fighting were to break out in the East China sea, the US would not step in to fight for Taiwanese sovereignty. This rhetoric strikes a chord of fear for US allies across the South Pacific and in Europe, as they rely heavily on the US for deterrence. And we should expect that this choice will impact the worldview of the US – hence the ongoing conversations about what other choices could have been made, how the occupation of Afghanistan got to this point from where it started, and how the Taliban’s Afghanistan might look. The decision will certainly impact Biden’s legacy directly – but there is a stark difference between the credibility of a leader and the credibility of a state, especially when there are regular exchanges in leadership. Biden as a leader and his administration will take the brunt of the criticism and legacy damage because the bulk of the rhetoric discussing the withdrawal frames Biden as an individual (not the US as a state) as the actor responsible for this decision. This rhetoric largely comes from the deep polarization within the US to pin blame on one side rather than the whole, but it is likely to be the framing that sticks.

America’s extended occupation and graceless exit of Afghanistan is thus likely to have little to no negative impact on the position of power that the United States holds in the geopolitical arena. Phillip Orchard in Geopolitical Futures bluntly summarizes the necessity of the withdrawal:

“The U.S. following through on an overdue decision to cut its losses in a staggeringly expensive, largely unwinnable two-decade war that had, at most, become marginal to core U.S. strategic interests will do minimal damage to U.S. ‘credibility’ in its chief area of strategic concern: the Indo-Pacific.”

Ultimately, power is derived from the economic and military might of a state, that they have the wealth and weapons to back up threats and commitments. However, there is a key difference between committing to our allies and the situation in Afghanistan. Alliances are formed on the basis of achieving mutual goals. The US has strategic reasons for its alliances and its allies have strategic reasons for working with the US. The US global agenda will continue to require a stable Europe, access to Persian Gulf oil, and the need to prevent Chinese dominance in Asia. For that reason, US allies should have little need to fear abandonment given their strategic importance to the United States.

Further, by removing that drain on American resources, the US can focus more directly on its allies and its points of contention with key rivals. While there’s already been a pivot towards East Asia in support of Taipei, Seoul, and Tokyo, allies in the Indo Pacific can now expect increased American support in balancing against the rise of China, militarily, diplomatically, and economically. From the standpoint of allies in Asia, an embarrassing exit from Kabul has little to do with their strategic needs. A US willingness to accept its failure in Afghanistan in order to reallocate resources may serve to reassure allies of US focus and resolve.

Despite the humanitarian crisis, the US is behaving in its own best interests, continuing to pivot away from a dead-end occupation and towards an updated agenda of global strategic goals.

I am currently a doctoral candidate at the University of Chicago studying International Relations. I joined the blog with the intent of engaging in political discussion with a wider audience. View all posts by Bree Croteau